When we crossed the boarder from Croatia to Montenegro we had to adapt ourselves already: the streets immediately became worse, so rather changing gears down. But we have seen a lot of street construction and re-building. We guess in 1 to 2 years they will be up-to-date. After one night in Budva – a very charming old village close to the boarder – we entered Albania quite quickly. The streets though became more and more narrow and bumpy, and we thought, ok that happens in the nowhere-land between two countries. Luckily we didn’t know at that time, what to expect. It’s even hard to describe, what conditions we’ve experienced: is it a street with gaping holes or holes with a bit of pavement here and there? And of course endless pieces of gravel road. The worst are the villages or bridges: there you wouldn’t even use the word street anymore. Cars, lorries, motorbikes, all stagger from one side to the other like a bunch of drunks to avoid the worst of the worst holes. It’s for sure an offroad land. And as you can imagine in those cases you get prompt a huge traffic jam, as of course one vehicle needs the entire width of the “street” to find it’s way through the dips and holes. Great fun – especially with temperatures around 30 degree celsius and dust all over the place. We looked like we had worked in a mining ground. 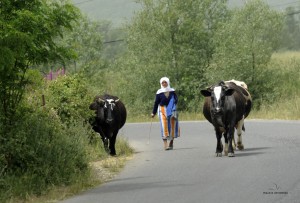 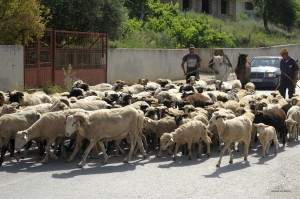 The second day we drove to the back country, over a very scenic route along the hills and we thought – whow it’s getting better. But that was just a short breather, the streets turned back to “normal”. And on top we lost our way – the maps of Albania are not yet as good and detailed as of other countries. But help was coming fast:  a bunch of young men were running down the road to ask if they can help. One of them spoke Italian, so we could explain our problem. They told us, that it’s easy to find the way back – all the way back on these really nasty roads! We’ve tried to explain, that we would prefer a bit bigger roads (with the hope they would be at least a bit less bumpy). One of the gang invited us for a beer with his friends.

One guy is camionista (truck driver) in Italy, the other has lived quite a time in the UK and therefore his English is excellent and the third one is married in Lyon (France). A small EU was sitting around the table. The young men in Albania want/have to work in other countries, as they hardly get a chance to work in their home country. We’ve experienced them as extremly hospitable and open. And of course we were invited and weren’t allowed to pay the beer and the water, which didn’t feel ok for us, but we had to accept to not hurt their pride. 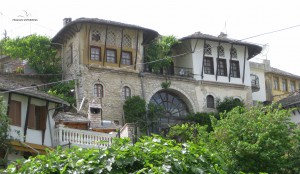 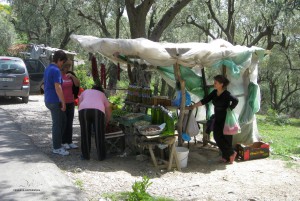 And indeed, after a while, we found the city we were looking for. But after over 20km gravel road garnished with heat and dust, we didn’t go for an extensive sightseeing tour.

On the way back to the seaside I’ve caught a sting from a nasty insect. It hurt quite a bit. The longer we drove the worse I felt. In Vlore in our hotel I’ve watched my arm being swollen up to 1.5 times its normal size! I felt more and more miserable. Peter went to a pharmacy to get some antihistamine (I somehow know that I react a bit allergic to insect bites), so I thought that’s it. We went out for dinner. But unfortunately it was getting worse. All of a sudden I slumped down – with a totally white face. 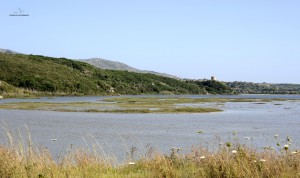 Of course this is not what a hotel wants in their restaurant so everybody started running around, one waiter called the ambulance (complete over-reaction, if you ask me) and the Albanian doctor had a look at me, examined the medicine I had taken (was the right one) and gave an injection. So in a few minutes the spook was over and I felt well quickly. Good system, the medical treatment works, which is great as we could continue our journey the other day.