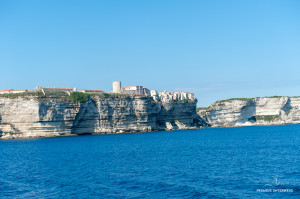 Really great these ferry boats: they get you easy from coast to coast and island to island. As motorbike driver you enjoy this little rest, when you can relax and let the boat do the travel.

And like in previous holidays the crossing from Genoa to Corsica was smooth and gentle. Though the cabin was tiny and cold like a fridge, the food in the restaurant was delicious.

We were really glad when we arrived at Genoa as the journey through the Po Valley was hot and flat and boring – not really a biker’s dream!

The arrival the other day in Bastia was quite something, as a perceived one million of bikers disembarked. You can imagine how crowded the little coastal road northwards towards Cap Corse was. Really slowly, more or less 1 hour later the field was broken up. Very up in the north – close to the famous windmill – we had another little traffic jam, but after that the streets were ours, thanks to Peter‘s great route guidance. 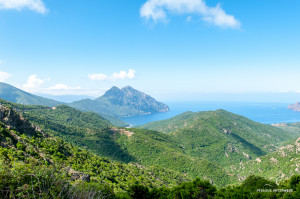 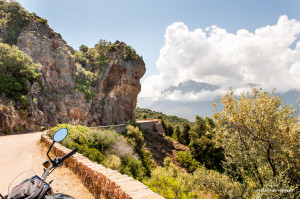 In Centuri Port we met Piero an 85 year old fisherman who lived his entire life in this little village in Corsica. He not only has a fascinating face and hundreds of exciting stories but also hands like a frypan; i was really impressed by their size!
Piero is nowadays calculating his time not only along the seasons of the year, but also along the various tourists coming over: in May you get the motorhomes from all over Europe, followed by the Motorbiker in June just before the French arrive in July/August for their sommer holiday. Piero shrugs it off, he knows that latest in November the island belongs to the domestic population again – both the human beings and the pigs.

Corsica is a dream: gorgeous coastlines, the hilly inland full of knobby bushes and trees and with lovely valleys, but also cliffy rock formations with dramatic and spectacular views.
Ontop you get the really charming Corsican who are so welcoming and their fantastic food. Totally understandable that so many people from mainland Europe come to Corsica.

The island welcomes us with pure sunshine, summerlike temperatures and beautiful old castles. Unfortunately – as we know it from our last trip to Italy – we face during our first day already 3 dead end roads respectively deviations, so that we need to make quite big detours and therefore miss the lovely little streets Peter prepared at home searching for nice scenic routes. One cannot avoid such things but it seems it happens more often in Italy than elsewhere ;-)) 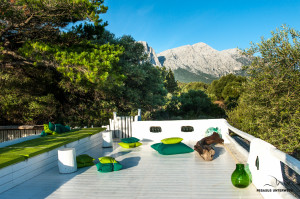 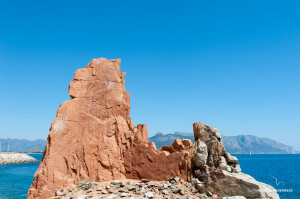 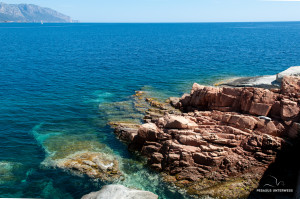 As kind of compensation the trip through the highland in the East part of Sardinia was offering one sightseeing highlight after the other. We can only recommend warmly the route from Su Gologne to Cagliari. Breathtaking canyons, wide lowlands, surprising views, all really amazing. And certainly you have to share this will all motorbike drivers spending their holidays in Sardinia. 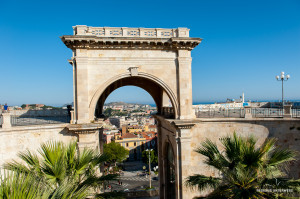 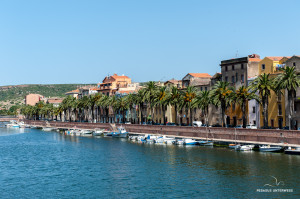 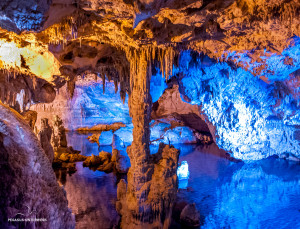 And in the evenings the fantastic tasting Sardian wines and food make the days, wich are getting hotter and hotter, perfect. In the meantime the temperatures can reach easily 35 degree, which is not what you wish wearing a black goretex-hightec outfit!

In the end we forced ourselves 654 steps down to the well known Neptun carve situated close to Alghero. The staircase is built along the rocks totally exposed to the sun. Which leads to endless sweat and heat climbing up again. At the top you are so exhausted, that you need 3l of water and at least 30min rest to be able to breath normally again. Whow!!!!

After this little exercise we did onboard the ferry back to Genova. Unfortunately my dream of a bit cooler weather up in the „North“ didn’t become true, the Po Valley was like an oven so we enjoyed our cool shower in the evening.

Both islands were awesome and the combination of driving the bike and using the ferryboats is just great. We very much looking forward to our next journey.