The best or the right tires on our expedition vehicles are an eternal campfire conversation. This post aims to provide a contribution to the discussion as objective as possible on this subject, which is often very emotionally debated. 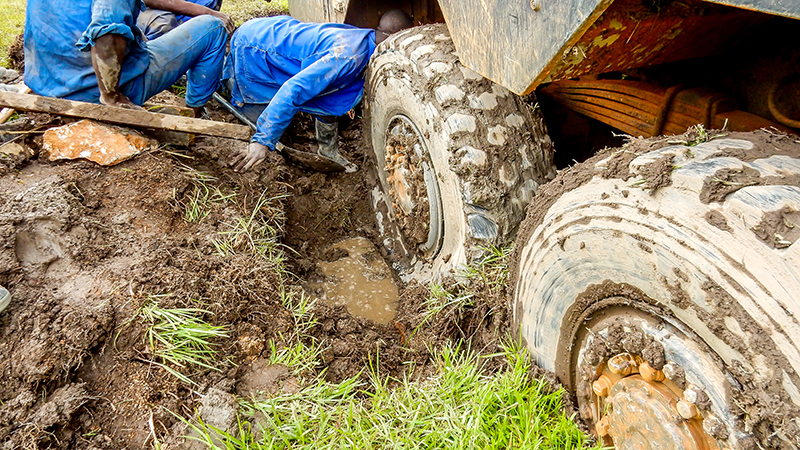 In our community, the expedition vehicle drivers, there is always a discussion about which tires are the right choice. In this post I exclusively focus on truck tires. Many have a firm opinion on this, but in the best case it is based on personal experience and is therefore subjective and dependent on many coincidences. I also clearly belong to this group. Certainly, there is no such thing as the best tire, only the right tire for the job in question.

If I try to research it objectively, I should at least find tests on the different tires. However, truck tire tests are not found as often as car tires because they are much more expensive and would appeal to a much smaller target audience. Tests on expedition tires for trucks are not publicly available at all. Such tests are carried out by the tire manufacturers themselves; however, they are not allowed to speak publicly about their competitors. And the tests carried out by the various purchasing organizations of the country’s military are not made public.

In order to get the straightest information possible, I contacted the manufacturers of tires for expedition vehicles such as Pirelli, Continental, Michelin and the military organizations Armasuisse and the Federal Office of Equipment. I received an answer from the Federal Office for Equipment and Michelin, none of the others found time to answer, even after several inquiries.

Burkhard Koch also wrote a post on this topic at the beginning of 2018. He dealt in detail with the structure, sizes, loads and designations. I am deliberately leaving out this part here because he described it well and refer everyone interested in this to his post. 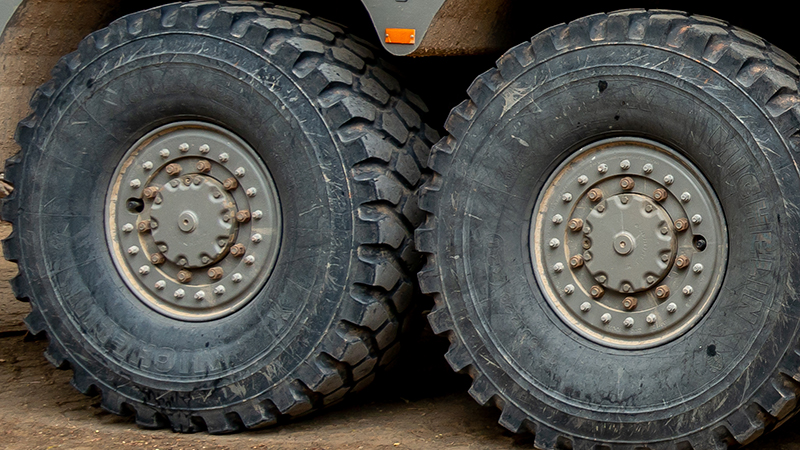 Karl Maurer from Toni Maurer GmbH & Co KG sent me the following input, which I take on more or less 1: 1 because he is one of the great specialists in this area.

We should pay attention to the following characteristics when choosing a tire:

Unfortunately, no tire dealer can compare these features for us. 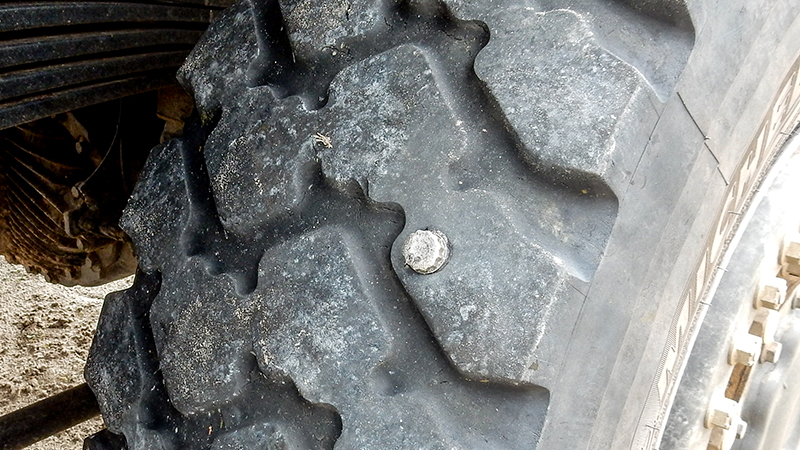 The only test information that the Federal Office of Equipment was allowed to give me is that the run-flat performance achieved for tires from different manufacturers can vary by up to four times under otherwise identical conditions. On the other hand, Michelin says that if their tires were punctured, they would last longer than their competitors’. A colleague in Namibia experienced the “explosion” of two of his Continental HCS within two days. Presumably, he drove himself a hole and, despite the tire pressure monitoring system, could not react quickly enough so that the tire parts on the rear axle flew up to his rearview mirror. When I combine these three pieces of information, I conclude that the run-flat performance of Michelin XZL is four times higher than that of Continental HCS.

Another colleague drives a vehicle comparable to our Globi. He drives the Continental HCS and we drive the Michelin XZL. He probably drives a little more asphalt like us. His mileage is 80,000 and ours is 40,000. That would mean that the mileage of Continental HCS is twice as large as that of Michelin XZL.

On our travels we ran several times in mostly M20 screws on the third axle and had to repair the tires. The repair was always easy using various methods and lasted until the end of the tire’s life. 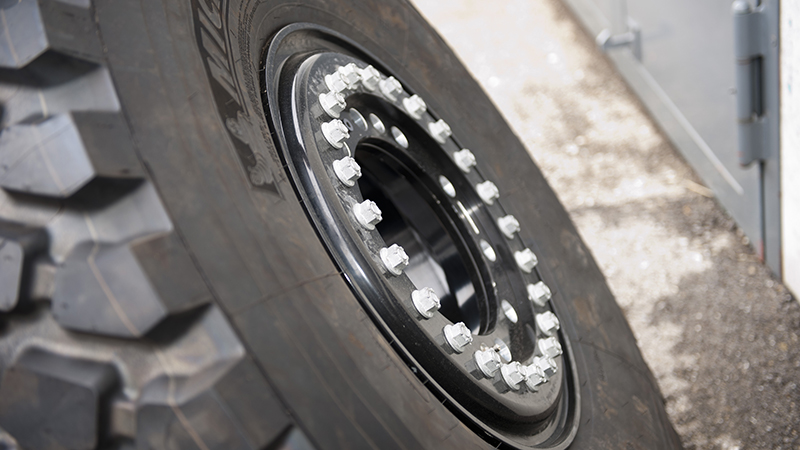 Unfortunately, after my research, I still cannot say which is the ultimate best tire for expedition vehicles. However, one principle is important to me: an off-road vehicle needs off-road tires; the overall vehicle system is only as good as its weakest link. If someone is installing low priced construction site tires on their off-road vehicle for financial reasons, it would be cheaper to save the expensive off-road technology. Colleagues also told me that they no longer fit off-road tires because they drive 90% asphalt. From a statistical point of view, this is a smart decision. It is just a pity though when the ultimate overnight locations and slopes are situated in the last 10%. There are also colleagues who fit 16-inch tires because it simply looks better. This is also justified as long as one does not want to explain it with other facts.

The selected tire must match the vehicle, the area of ​​application and the driver, then it is the right one.